With a Taliban fighter looming in his sights half a mile away, the British sniper knew a clean shot would take down his enemy. What he could not have known was that the single bullet he fired would account for five more insurgents. But, incredibly, his rifle round triggered the explosive vest worn by his target, killing all those around him.

The record-breaking shot was fired by a Coldstream Guards marksman on one of the last missions to be carried out by British troops in Afghanistan. The sniper  was on a mission to intercept a suspected suicide bomber.

The guy wearing the vest was identified by the sniper moving down a tree line and coming over a ditch. He had a winter shawl on which rose up and the sniper saw he had a machine gun. He was moving to a firing position when the sniper engaged him and the guy exploded. There was a pause on the radio and the sniper said: “I think I’ve just shot a suicide bomber.” The rest of them were killed in the blast.’

The sniper also killed a Taliban machine gunner from a staggering 4,400ft with the first shot of his tour of duty.
It is believed he was using a British-built L115A3 Long Range Rifle, the Army’s most powerful sniper weapon. He was so far away the 8.59mm-calibre bullet would have taken one second to reach the target. 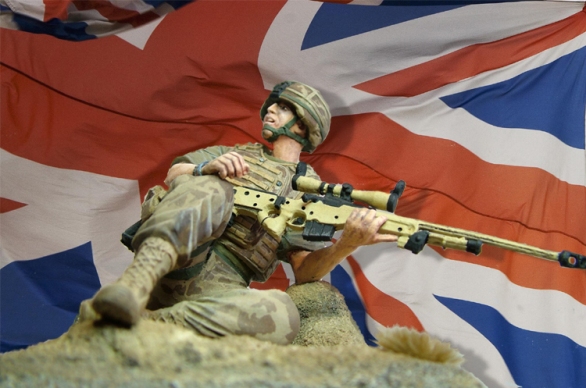 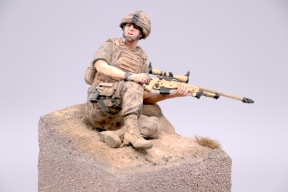 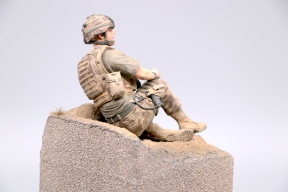 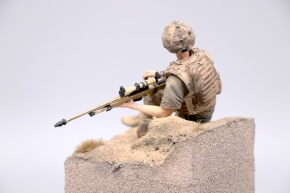 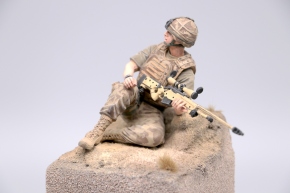 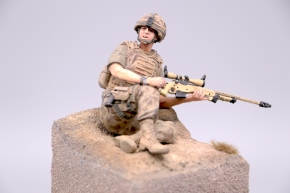