He also carries a L85A2 assault rifle with the latest RIS front end and mounted with an ACOG Sight. MK 7 helmet and Osprey body armour.
He wears desert DPM or multi cam under body armour combat shirt and multi cam trousers, his boots are Meindel and his Bergan is the Karrimor 45L Predator. He has Bowman communications with headset. He also carries a grab bag which stores three pouches for mags for the L85A2 and two pouches for pistol mags.

I have tried out the new British cam pattern. A little to dark I think but a reasonable effort over all. 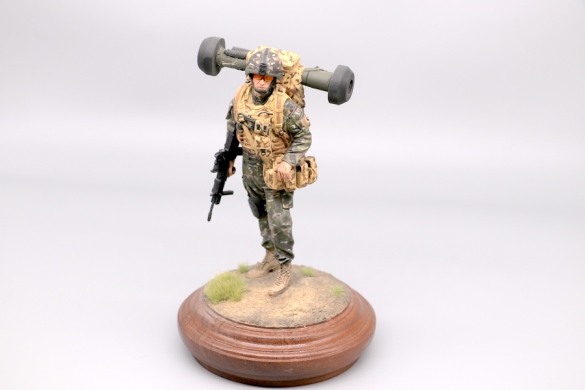 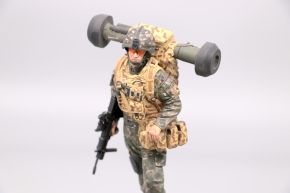 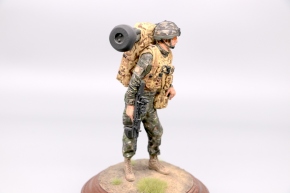 Models Shows have been cancelled in line with Government advice – as soon as these are back I will post here.